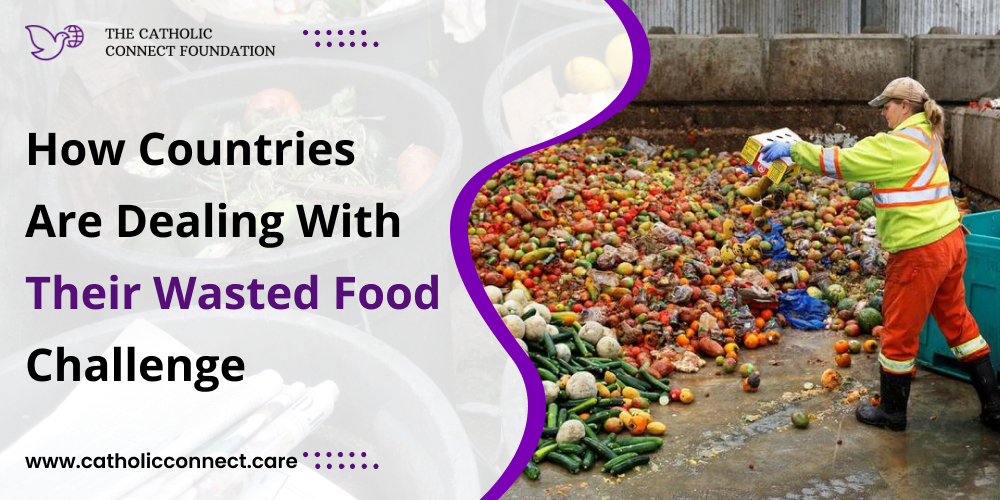 How countries are dealing with their wasted food challenge

This is one of mankind’s biggest paradoxes. On one hand, there are millions of people who sleep on an empty stomach while on the other we toss perfectly edible food in the garbage at events, parties, and weddings. In the US alone, there are more than 17 million families who can’t afford to put a meal on the table.

The easiest way to feed hungry people, is by diverting the edible food meant for the bin to their tables. Thankfully, this is being done in earnest in many places, where leftover food after weddings, events, or parties is handed over to NGOs who distribute it to those who need it. Though this is a step in the right direction, we have to work towards ensuring all edible food is given to those who need it the most.

What are developed countries doing about this?

When it comes to food wastage, redistributing food that comes from social events to the poor is the easy part. The real challenge comes from the food wasted at home. How do you get that food to the poor? How often can you conduct food donation drives to collect edible food that was destined for the bin? Many nonprofits hold awareness programs in schools, offices, and other public places to motivate people to buy only what they need. If they do have any leftover food, they can donate it to various collection points across the locality. Though this is a great initiative, there is still a lot to do to help solve the wasted food problem in developed countries.

What are developing countries doing about this?

Though the problems faced by developing countries are more or less the same as developed countries, food waste here also comes from another source- improper handling of produce. Developed countries have the infrastructure to process food and produce so that food wastage during handling is at a minimum. On the other hand, many developing countries do not have the infrastructure to keep produce fresh during transit or storage. This results in early spoilage of produce, which could have easily been given to help people in need.

Though many developing countries are investing in cold storage chains, better packaging, and other ways to prevent produce from going bad, a lot is yet to be done.

Donating leftover food from social events for the poor is one thing, but developing a whole system where food is distributed equally amongst every person is a real big challenge faced by society.

A lot needs to be done to ensure food is evenly distributed amongst everybody. Though edible leftover food from social events or restaurants can be given to the poor, what also matters is how to reduce the waste of food while ensuring every poor person gets their fair share of food for their survival. For this, the government, NGOs, restaurant owners, and other stakeholders have to come up with a long-lasting solution to make sure food is always available to those who need it.

Subscribe our newsletter to receive the latest news on our activity and services.